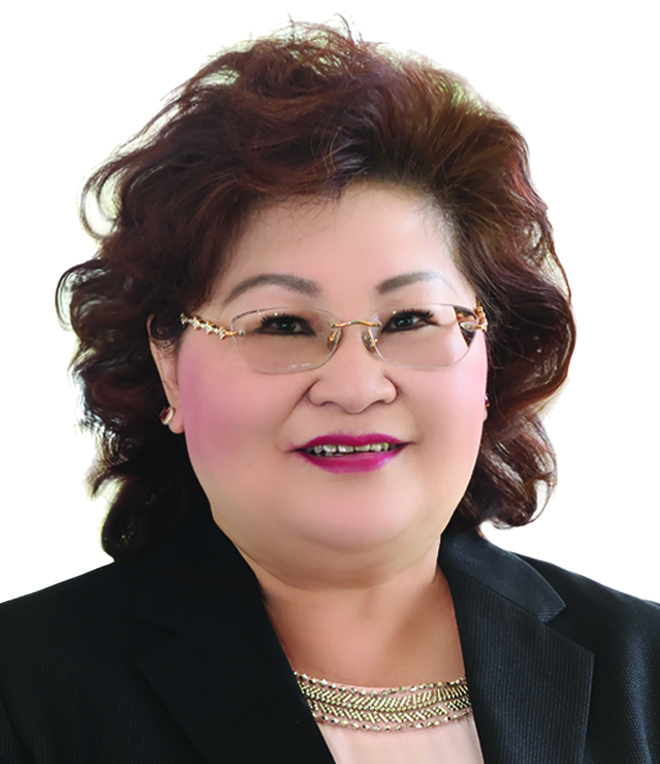 Mandy Chew Siok Cheng is an accomplished hotelier with more than 30 years of professional experience in the hospitality industry. She currently oversees Lexis Hotel Group, which manages a collection of hotels and resorts in Malaysia. Mandy is a graduate from the University of Malaya with a Bachelor of Economics (Hons) majoring in Business Administration. She was the honourable auditor of the Malaysian Association of Hotel Owners (MAHO) and the President of the Group Leisure Division, Metroplex Holdings. Among her notable previous postings are with the renowned hotel chain, Shangri-La Hotel, Kuala Lumpur for 11 years and more recently, with Sunway International Hotels and Resorts as the Chief Executive Officer for more than three years, overseeing 2,786 hotel rooms in Malaysia, Vietnam and Cambodia. Mandy was also the Director of Sunway International Vacation Club and Sunway Healthy Lifestyle. 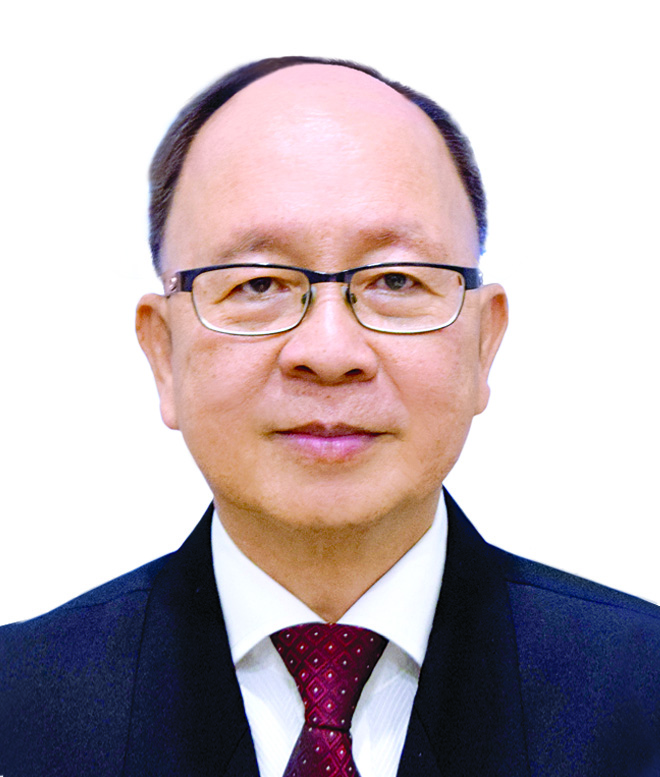 Tiu Kwe Yee possesses a vast amount of experience in the field of human resources. He began his career in the Labour Department and Industrial Relations Department of the Ministry of Human Resources. Subsequently he joined the renowned Shangri-La Rasa Sayang, Penang. With more than 22 years of working experience in the hotel industry, Tiu is an associate member of the Chartered Institute of Secretaries and Administrators and holds a Master of Science in Quality Management. He is also a panel member of the Industrial Court. In his previous position as Vice President – Operations for Legend Management Group Sdn Bhd, he was responsible for overseeing the operations of 5 hotels i.e. The Legend Hotel, Kuala Lumpur; The Legend Resort, Cherating; Legend Water Chalets, Port Dickson; Legend International Water Homes, Port Dickson; and Grand Seasons Hotel, Kuala Lumpur. Additionally, Tiu was also responsible for the operations of The Mall Shopping Complex, Kuala Lumpur (a timeshare company); Legend Worldwide Holidays Berhad (a hospitality college); Legend International College of Hospitality and Tourism, Kuala Lumpur; and Seasons Laundry (a centralized laundry provider). Tiu joined Lexis Hotel Group as Vice President Operations in 2011 and rebranded Lexis Port Dickson and Grand Lexis Port Dickson successfully. 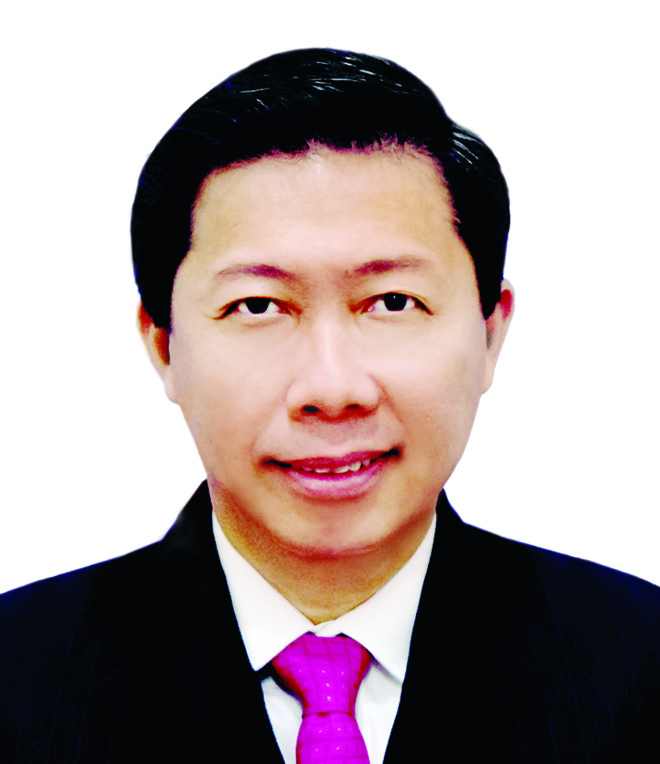 Steve Woon began his career in the banking industry where he was attached to the Treasury Division as a Foreign Exchange Trader, with both local and foreign banks in his 10 years tenure in the industry. Steve then joined Berjaya Group Berhad in 1988 as a manager where he served for more than 7 years, pioneering their Currency Exchange business and subsequently clinched the Group’s Best Employee of the Year award. His last posting at Berjaya Group was as the General Manager of Inter-Pacific Travel and Tours Sdn Bhd, a full-fledged travel agency, while at the same time he also served as the Director of Columbus Travel & Tours Sdn Bhd. Steve then joined Metroplex Berhad as the General Manager of Funland Sdn Bhd in 1995 and was responsible for expanding the operations of a 50,000 sq. ft. indoor theme park.

A year later, Steve was assigned to conceptualize and launch a timeshare scheme hence Legend Worldwide Holidays Berhad was incorporated. The company later grew to be the leading timeshare company in the country. In his previous position as Vice President – Sales & Marketing, he was responsible for overseeing the sales and marketing activities of Legend Management Group, which comprised of 5 hotels and resorts, a shopping mall, a timeshare company promoting vacation membership, a hospitality college, and a centralised laundry. Steve holds a Diploma in Management from the Malaysian Institute of Management and has been a member of the institution since 1985. Steve has more than 23 years of experience in the travel and hotel industry and has served as a committee member in both the Malaysian Holiday Timeshare Developers’ Federation as well as the Pacific Asia Travel Association – Malaysia Chapter. 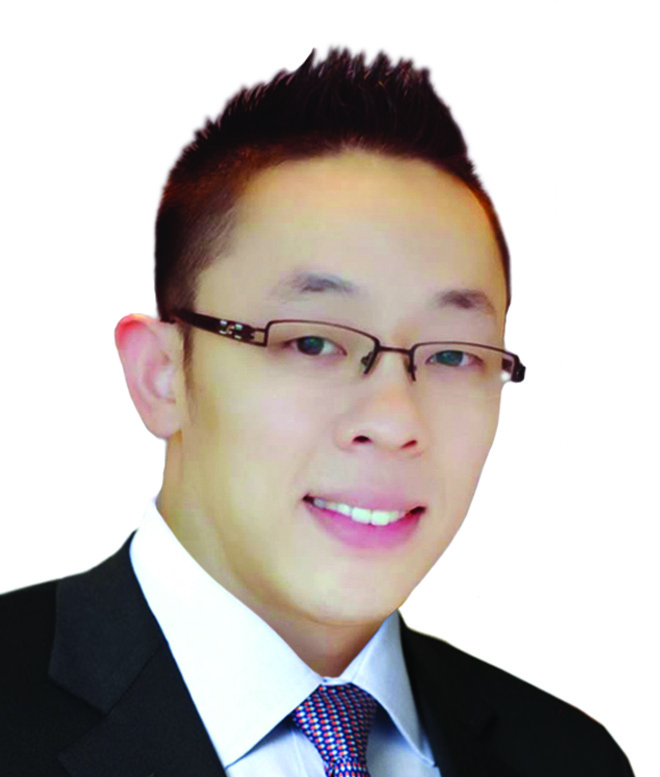 From a commis de chef at Berjaya Georgetown, Penang, Jonas started to establish his presence in the hospitality’s F&B industry as he moved on to Penang Mutiara Beach Resort as a F&B Management Trainee. Within a short two years, he was promoted to Restaurant Manager in charge of sales and daily operations of their F&B outlet. He then spent the next few years with Hotel Rosa Passadena where he joined as an Assistant Hotel Manager, and soon promoted to Resident Manager.

Always in search of opportunities for growth and learning, Jonas joined Starhill Gallery under YTL Corporation as a Restaurant Manager before being recruited by The Westin Kuala Lumpur. Determined to always deliver his best, Jonas scored an outstanding full-mark for his staff performance rating at The Westin, setting him well on his road to achieve greater success as he later become the Restaurant & Bar Manager at Grand Millennium Hotel and Hotel Operation Manager at The Pines Melaka. Right before joining the Lexis family, Jonas served as the Executive Assistant Manager at Swiss Garden Beach Resort Damai Laut where he directly manages the overall running of the F&B operation in order to ensure optimum departmental profit. As Operations Manager, Jonas currently oversees every single operational aspect of all the properties under Lexis Hotel Group. 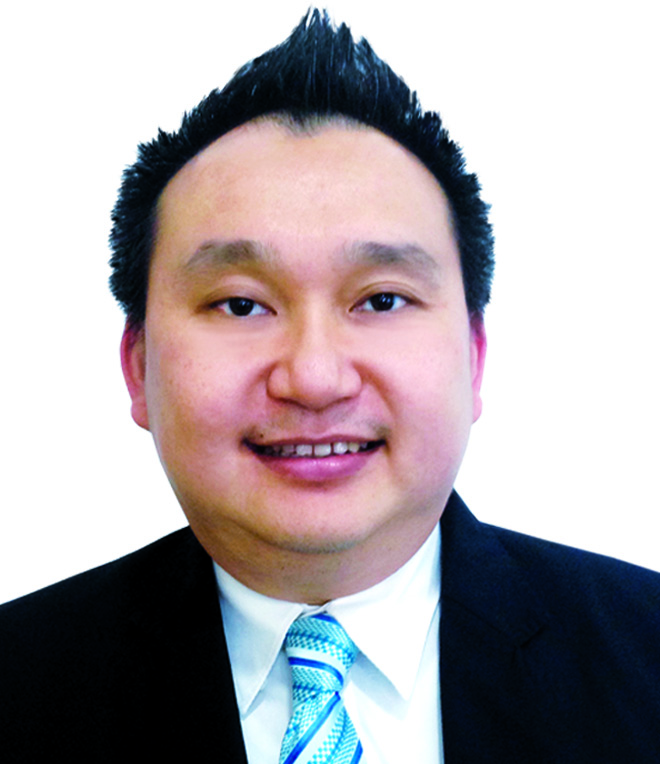 Ben Ho is an experienced hotelier in both financial management and operations. He started off in Bayview Beach Resort, Penang as Deputy Financial Controller before joining Sunway in Penang as Financial Controller and was subsequently promoted to Executive Assistant Manager of Sunway Seberang Jaya. He then took on the role of Director of Finance at Hard Rock Hotel Pattaya, Thailand for 2½ years. Ben then returned to Sunway as Group General Manager for both of their hotels in Penang. His career with Sunway lasted 13½ years.

He is presently the General Manager of Lexis Suites Penang since Oct 2016 and has more than 16 years of hospitality experience both in Malaysia and Thailand. Ben is the Honourable Treasurer of Malaysian Association of Hotels – Penang Chapter for 2014/2016 and 2016/2018. 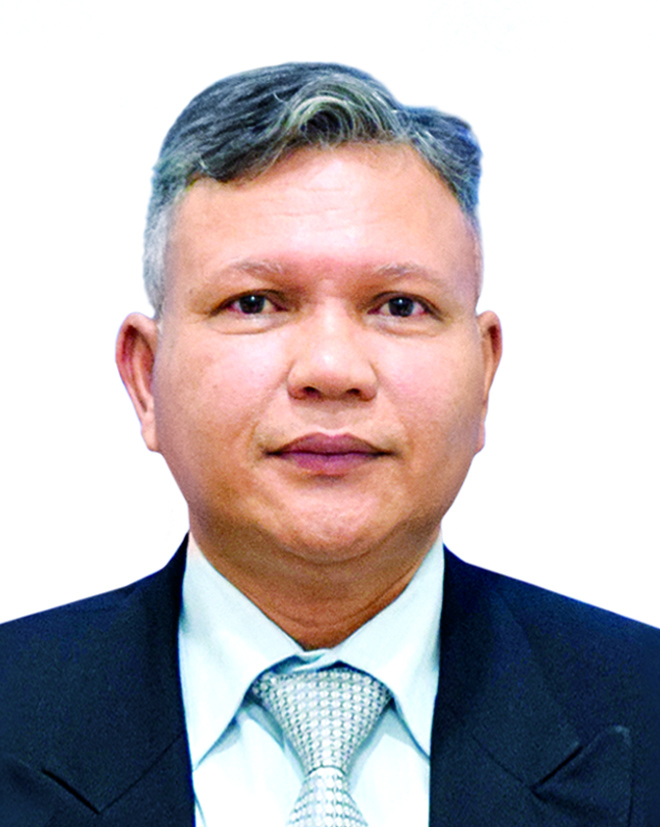 As the Senior Manager of Business Development and Government Liaison, Rosman provides support and contact between the Group and various government agencies and relevant authorities. In addition he also conducts feasibility studies and market analysis on hospitality industry. Rosman started off his career at the prestigious Shangri-La Hotel Kuala Lumpur in 1990 as Human Resources Assistant before moving to The Legend Hotel, Kuala Lumpur six years later. Due to his diligence, Rosman rose up the ranks and in 2009 he was promoted to Business Development and Government Liaison Manager. In 2011 Rosman joined Lexis Hotels and Resorts Sdn Bhd. 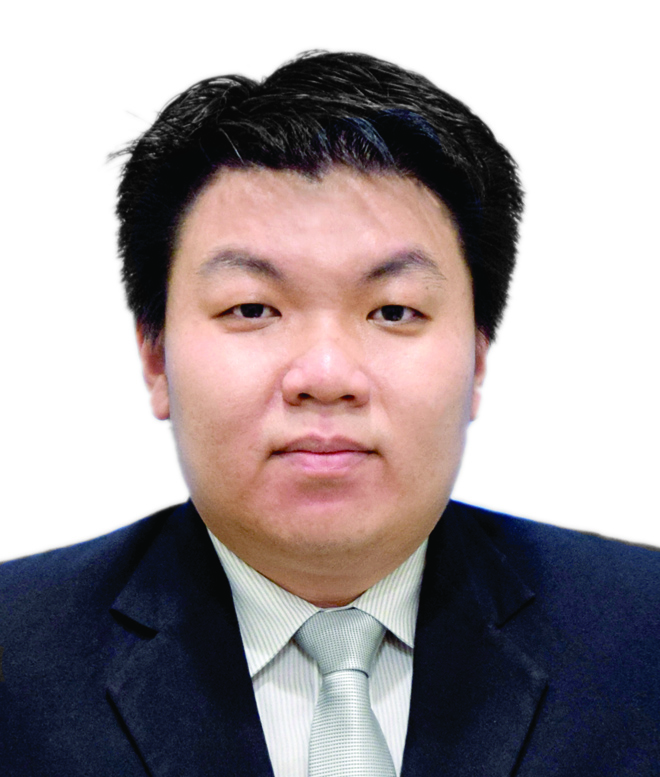 A conversation with Wei Wang often leads to an enthusiastically in-depth discussion about his passion – arts and design as well as the conceptualisation of his ideas. This graduate from Curtin University of Creative Technology is the person responsible for the group’s overall design and creative touch on all its collaterals and advertisements. He takes words off a page, conceptualize it, visualize it and then guide it as it materializes into the real world. His artistic aptitude shines in various collaborative projects he’d shared with industry powerhouses such as Animax and the Rotaract Club, not to mention various photography and videography contests he took part in and won. Before joining Lexis Hotel Group in the year 2015, Wei Wang served as the Assistant Art Director of Sunway Putra Hotel or previously known as the Legend Hotel Kuala Lumpur. During his time there, Wei Wang played a pivotal role in the group’s rebranding effort, applying his astute sense of creativity and leadership to ensure a smooth transitioning and successful transformation. With more than a decade of professional creative experience, Wei Wang endeavours to put his skills and artistic touch to good use as the group scales to greater heights. 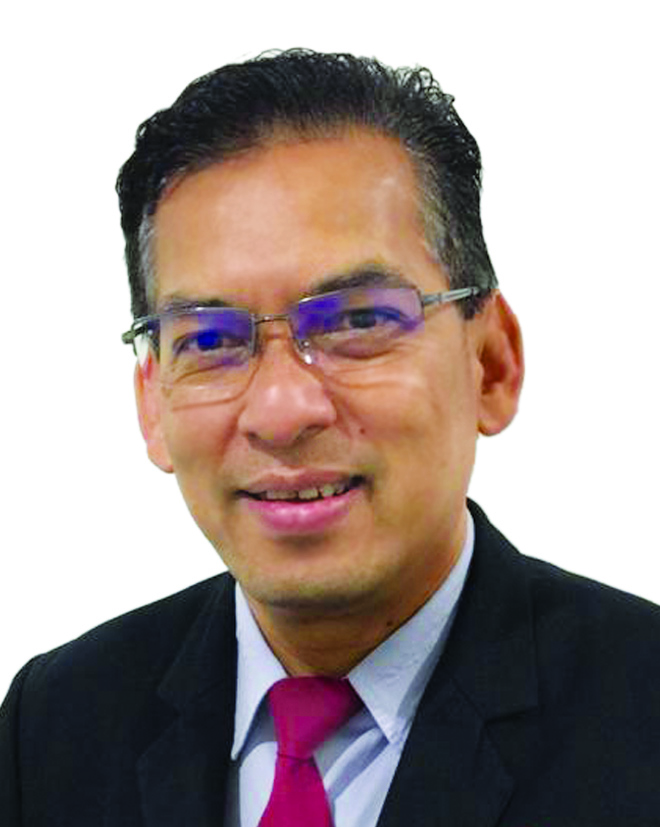 Warren joined Lexis Hotel Group as Area Food & Beverage Manager since 24th August 2015 and was subsequently promoted as Director of Food & Beverage on the 1st of February, 2018. 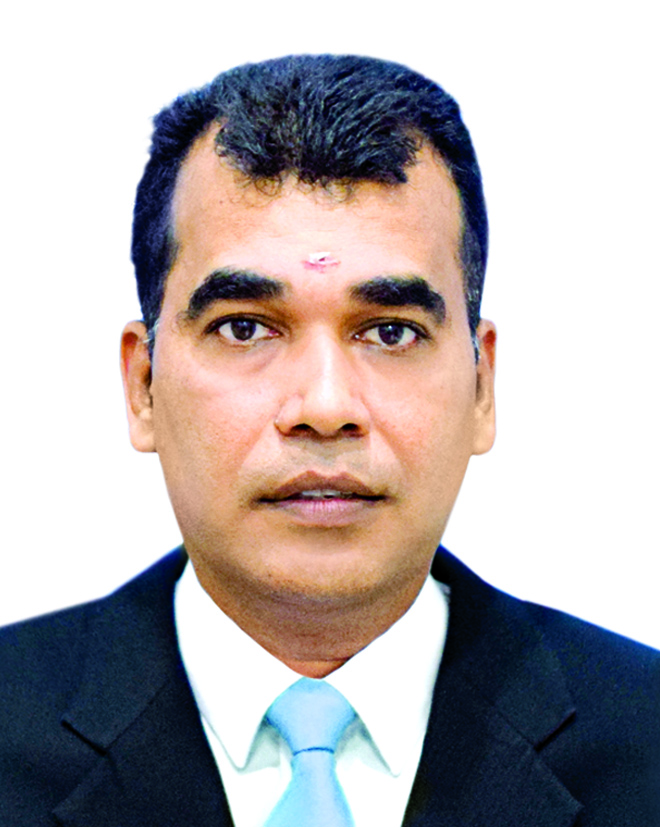 With nearly three decades worth of experience in the field of maintenance and electrical engineering, Mahandran is responsible for the overall operation and management of all electrical and maintenance aspects for the iconic Lexis Hibiscus Port Dickson. A graduate of City and Guilds Institute, London, Mahandran’s working experience include retail, manufacturing and production, with the last 16 years spent in hospitality industry at properties such as Grand Seasons Hotel, The Legend Hotel and Sunway Putra Hotel.

Mahandran is a qualified Chargeman BO with accreditation from the Energy Commission of Malaysia. 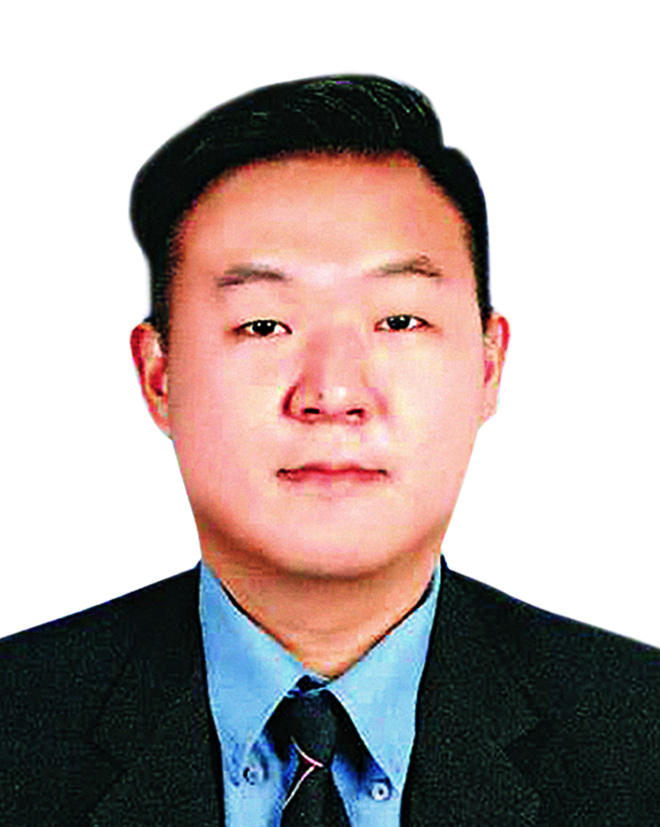 The hospitality industry is a multi-skilled industry where people from varied walks of life converge to perfect a complete delivery of all-rounded services to our discerning guests. As the head of Internal Audit of Lexis Hotel Group, Zhen Jia has put to good use his innate analytical abilities in tracing the roots of the challenges faced by the company in its path to progress and growth. His acute observation and meticulous precision when it comes to assessing and improving the efficiency of various risk management strategies allow the company to improve its management, control and governance processes through a systematic, disciplined approach.

Zhen Jia is credited for establishing the internal audit standards and formulating the audit guidelines of Lexis Hotel Group. Zhen Jia graduated from Sheffield Hallam University with a Bachelor of Arts with Honours in Accounting.
Back to top